Please check the event website before attending, to verify the details and make sure there's no change. 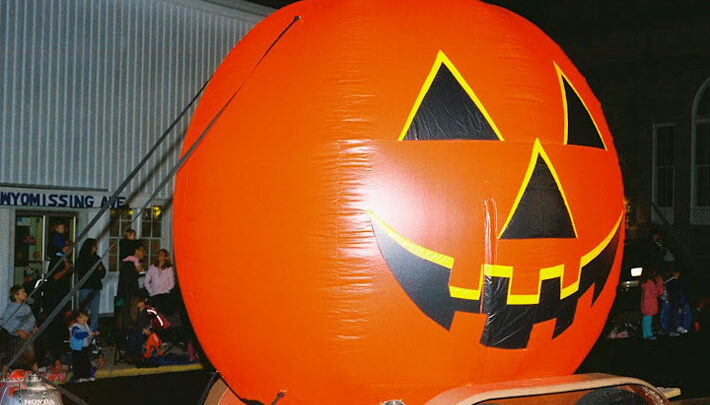 It is a tradition during the Mohnton-Cumru Lions Club Great Pumpkin Parade that the participants shower the children on the parade route with Halloween candy.  To view the streets of Mohnton, lined with little children dressed in their Halloween costumes with hundreds of bright orange pumpkins at the ready to collect all of that candy, you’ll agree, the only name befitting this parade is the “Great Pumpkin Parade”.